My dear sweet baby is growing up!  My son recently celebrated his 6th birthday, and if you know me at all, you know I love baking and decorating cakes.  We wanted an Avengers theme so we had some inflatable mallet things and all kinds of Avengers candies and junk. So much fun with 7 boys between the ages of 6 and 8 jacked up on sugar! HAHA!  Anyhow, back to the cake: my favorite part!  I wanted something special, and I know my son could care less about eating the cake, he just likes the idea of getting one and eating the icing, however he DOES love rice krispie cake...so I decided to combine the two for a specatcular combo of a Captain America shield (of cake) and a Thor hammer (of rice krispie cake)! 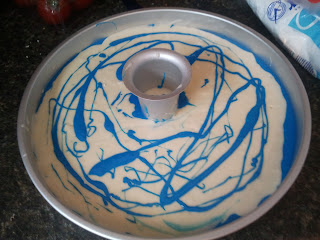 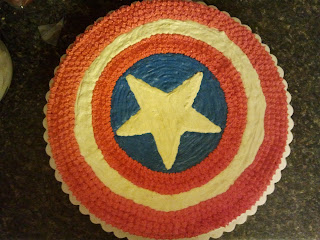 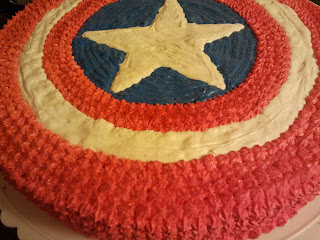 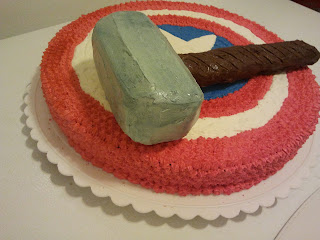 The Thor hammer was made in two parts, the handle which I coated in melted chocolate and then sculpted some lines into, then I formed the hammer head and frosted it with the vanilla buttercream and sprayed it with Duff''s edible silver spray.  It looked fantastic after it sat for a few hours.  The shine almost disappeared and it looked pretty much like Thor's hammer! 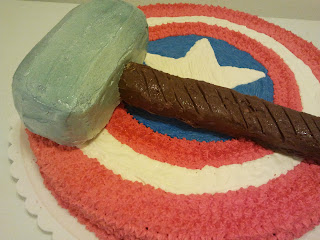 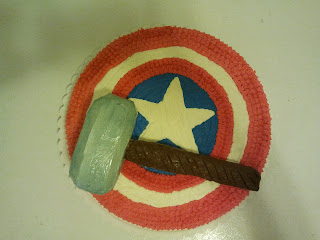 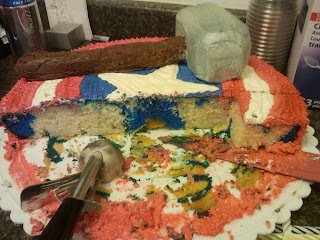 I saw on Pinterest a while back a few assorted ideas for making tomato cage Christmas trees so I figured "hey, I've got some tomato cages and tons of clearance Christmas garland and decorations...I'm gonna try this!"  One day when a friend was over, we wrapped the lights around, then wrapped the garland, and added some balls and snowflakes. (If I do it again I will buy more greenery so I can fill it in more densely.  It doesn't look bad, but it could look better) It didn't quite look finished so I went back and added some ribbon later.  I'll have to try for better pics some time, but I think they turned out great!! 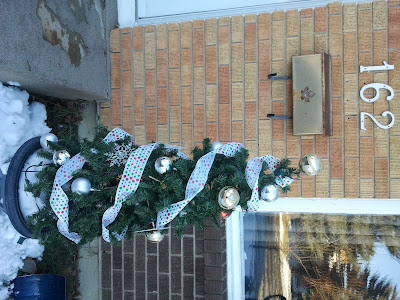 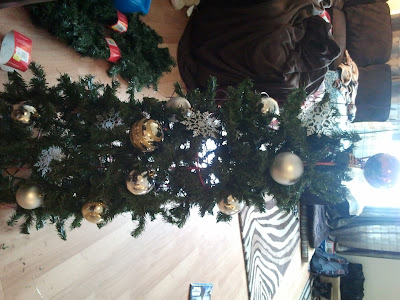 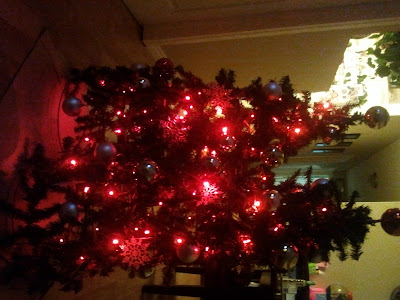 A while back I bought this plain old black outdoor lantern on clearance at WalMart for $3.  At the time I had no idea what I was going to do with it. Well, 3 months later I figured it out.  I filled it full of assorted Christmas balls and stuck a couple peacock feathers in for good measure, tied some ribbon on top and....Voila!  Christmas decoration!  (and I only ended up bleeding on one ornament after I dropped one and it shattered) 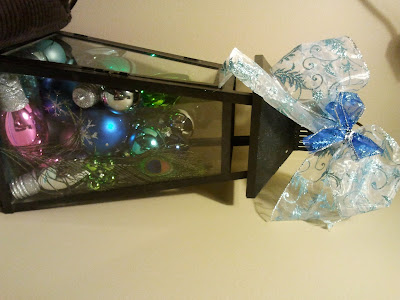 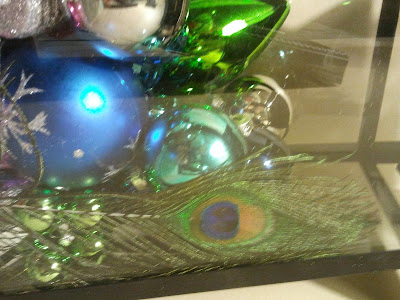 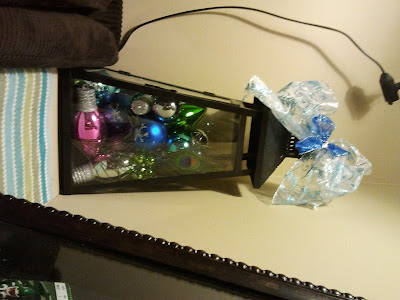 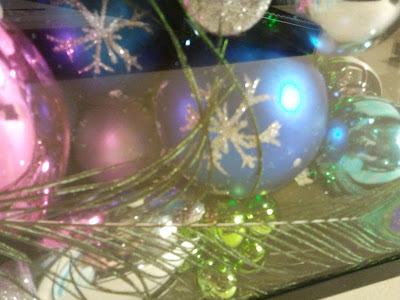