Have a "KOOL" summer!

Zane is a few days from the end of Kindergarten!  Not only am I feeling older now, I am also realizing Zane is really growing up too.  So much so that he wanted to give all his classmates an end of school year treat because it is the nice thing to do.  I had seen a while back on Pinterest several pins that had a pouch of kool aid drink mix and a crazy straw together tagged with "have a kool summer", but if other kids are anything like mine, they would be choked that they couldn't drink it right that second.  Hence, I bought kool aid jammers premixed drink pouches!  We tagged them with labels I printed, and for under 5 bucks we had a super end of year git for the kids! 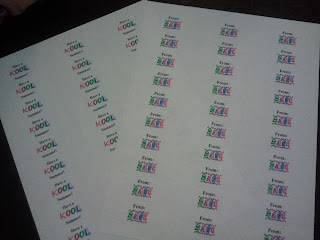 I elected to make two separate labels, one for the front that says "Have a KOOL summer" and another for the back that said "From Zane".  The text ended up too small when I crammed it all on one label. 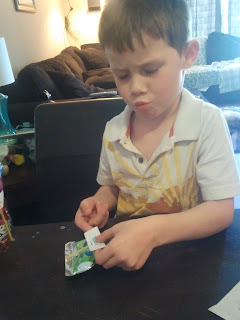 Concentrating so hard on getting it on there right side up and straight-ish. 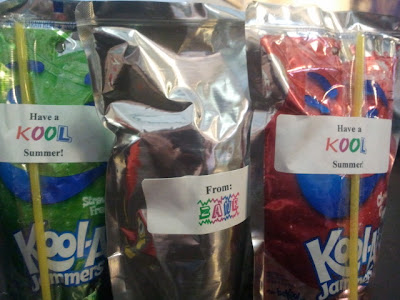 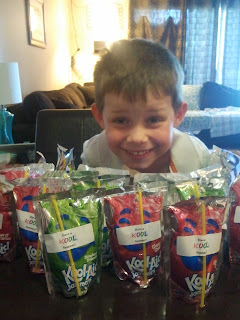 Email ThisBlogThis!Share to TwitterShare to FacebookShare to Pinterest
Labels: 5 bucks

So on Monday, after a long long search, I finally bought myself a new (to me) van.  It is everything I was hoping it to be.  It has stow and go seats, so we decided it is like a transformer and is worthy of an autobot sounding name. 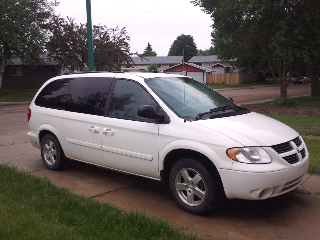 I have christened her Optimus Pearl.